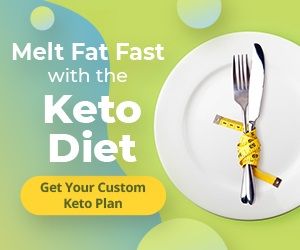 Breathing is something we do all day every day so what’s so important about it. Well the fact is most of us don’t do it correctly. Pilates is all about focusing the mind on the body to get the most out of ourselves with the least amount of effort.

One of the major components of this is Breathing. It  plays an integral role in our lives and well being, obviously we need to respire to live our bodies require oxygen to survive. We also need to get rid of carbon dioxide which is poisonous to our system in high doses. But it plays so many more roles and has so many more benefits when done correctly.

Most people never think about their breathing unless it is in someway restricted. We choke on some food, a drink goes down the wrong way, we have a cold or blocked nose. But for many, it is always restricted because they don’t take full advantage of their lungs. Many people will do it with just the abdomen, or with only the chest. Some will do it with both but not fully inhale, others don’t exhale enough and some use the wrong areas or sequence.

Pilates has a specific method of respiration during exercise which may not be used throughout the day. But the fact that it focuses your attention on your breathing gives you the opportunity to fully develop your potential. Once you have developed this the benefits are incredible.

But that’s not all.

Respiring correctly requires you to sit or stand or lie in a good postural position, another important part of the Pilates system. Now posture will be fully covered in another booklet but suffice to say that being in good posture helps to relieve stress and tension on otherwise overworked muscles while working the muscles that may have been going to waste. In fact it is a remarkable two way street, you can’t do it correctly without good posture, and with good posture it becomes easier and more effective.

Breathing correctly improves the flow of oxygen into the body. The body requires oxygen for hundreds of different processes including the break down of dead cells, the growth of new cells, the production of energy and the burning of fat. All day long the body will happily burn fat as you walk along or sit or drive.

During most forms of workout, the body burns sugar or glucose because it doesn’t require as much oxygen to do this, it is not until after exercise that the body returns to burning fat when oxygen is more available. If you increase the presence of oxygen in the blood it will not only help to burn more fat but also help in the repair and growth of cells and general energy production.

This energy can then be used to fuel the body and allow you to do more with your day without feeling run down. It also helps to fuel your mind giving a greater sense of awareness, alertness and better concentration and memory. Imagine that! Changing something as basic as your breathing could do all this. But there’s more.

One of the major groups of muscles used during correct breathing are the core muscles. Again a major part of Pilates and will be covered later. The correct method will help to strengthen the core which in turn will lead to more efficient inhaling and exhaling. The diaphragm is part of the core and works to draw air in and push it out. Being a muscle it can be trained and the more you train the muscle the stronger and better it becomes leading to deeper intakes of air, a stronger voice and increased oxygen volume.

Another benefit of working the core is that the action of the core works to massage the internal organs, including the stomach and intestines. This leads to better digestion and passage of food through the system. It also works to massage the kidneys and bladder which aids the passage of harmful fluids out of the body. So correct respiring can not only improve the body but also help to purify the body by getting rid of unwanted waste.

Finally doing it correctly can help to relieve tension. The very act of exhaling fully can help you to relax. If you’ve ever been in a high tension situation you may remember the first thing you do when it’s over is exhale.

So what is correct respiration? Well, in Pilates is somewhat different to normal but as I said it is the focusing on breathing that helps. So here are some routines both for Pilates to get you started.

It sometimes helps to visualize the air going into your body, passing through the ribcage, hitting the floor of the abdomen and then filling up from there. On the way out the abdomen first pushes the air up to the ribcage and then out through the mouth. Give it a try you may be surprised at how much it helps.

Sitting down, imagine your head is held up by a string attached to the ceiling. Allow your shoulders to relax down and open the chest wide. Feet are flat on the floor hip distance apart, hands rest on thighs arms relaxed.

Doing it through the nose and out through the mouth inhale straight down into the abdomen. Fill your belly full of air and then allow it to rise up into the chest. Expand the chest to the back and sides, but not up keep your shoulders relaxed down.

Inhale deep and once you can take in no more air, pull the bellybutton in toward the spine pushing the air up into the chest and releasing it through the mouth. Keep the chest expanded until all the air is gone from the abdomen and draw the chest in and down pushing the rest of the air out. Don’t stop until you can exhale no more and then start again.

Do this exercise 5-10 times. Note the effort it takes and make sure that you maintain the same position throughout.

As with No.1 except this time as you inhale, float your arms out to the side until they are at shoulder height. Keep the shoulders relaxed throughout. Then return the arms to the sides as you exhale. Try to move the arms in time with the breath.

Do this one 5-10 times. Ensure that the breathing cycle remains the same throughout.

As with No.1 except before you begin raise the arms to shoulder height out in front of you. Keep the shoulders relaxed. This time as you inhale spread your arms out wide as far as is comfortable. Return to the start as you exhale again try to move the arms in time with the breath.

Do this one 5-10 times. Ensure that the cycle remains the same throughout.

Inhale as you did with No.1. When you exhale make a hissing sound, like air escaping a tyre, and squeeze the abdomen pulling the belly button right in to the spine and squashing the ribcage in together.

Do this one 5-10 times. Ensure that the breathing cycle remains the same throughout.

This time before you begin draw the bellybutton in tight to the spine. Now hold it there as you inhale and out. You should have almost no movement in the abdomen and mainly the expansion of the chest.

Do this one 5-10 times. Ensure that the cycle remains the same throughout.

Once you have mastered this try to release the tight pull of the abdomen/bellybutton a little at a time until you are only holding it lightly but maintain the same breathing, not in to the abdomen only into the ribcage.

That should be plenty to get you going and you should start feeling the benefits right away. Over time you won’t have to think about it you’ll sit and perform this way of breathing naturally. It will take practice but then you can practice anywhere.